Only 4 more days in this year's Walkabout Down Under, before I resume my "normal" life in Canada. It's been a great trip, filled with art--both my own and visiting other artist studios and exhibitions. Not to mention regular swims, exploring some great new places, and catching up with all my friends and family in their various wonderful habitats! 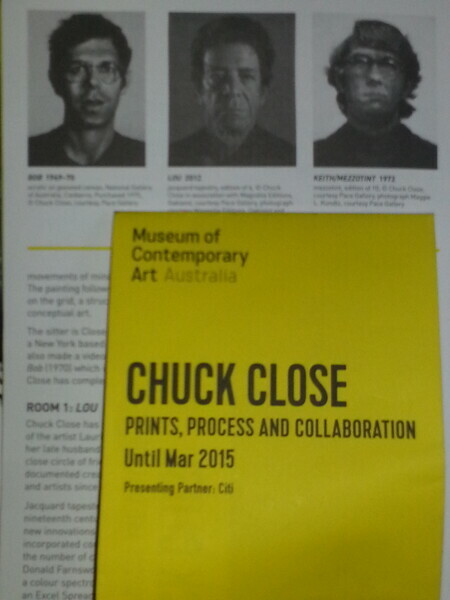 One of the highlights was seeing American artist and printmaker Chuck Close's Sydney exhibition. After completing a few portrait-style prints myself, it was fabulous to see his huge (wall sized) prints using many of the same faces. The work that has gone into his pieces, over decades, was incredible.

Here's one of mine (above) that I was particularly happy with.

One of the other printmakers I visited was Elizabeth Atkins at her White Waratah studio in the Southern Highlands near Sydney. It was part of a very long weekend spent with another good friend at Bundanoon, who took me to see Max Miller at his wonderful studio (composed of a couple of buildings, one holding a large number of printing presses as well as hundreds of cancelled plates from editions he had done of his own work, as well as noted other Australian artists including some Boyds).

I might have to start searching for some presses of my own, after seeing these two studios! 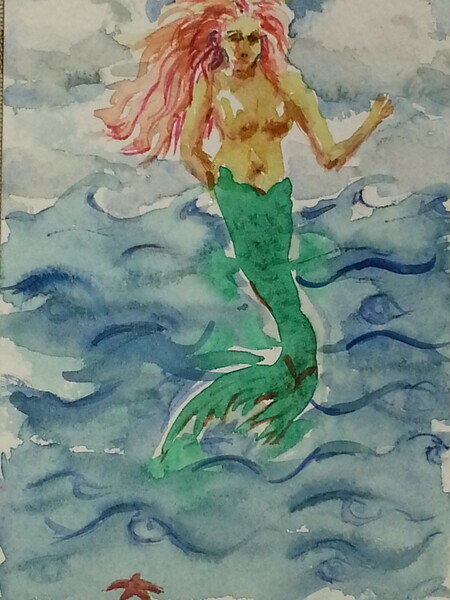 A few more weeks of swimming and I was feeling a little like a mermaid--so I had to paint one on a day I was painting with the daughters of another good friend. 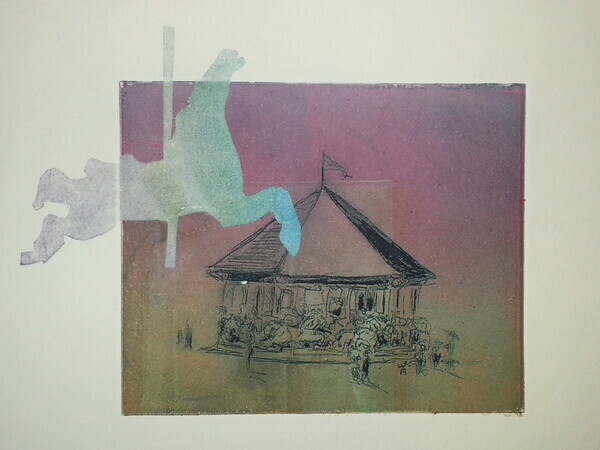 And I thought I'd show you how my Carousel theme is coming along. I made a few visits to historic carousels along the way and have one more in Melbourne to see before I leave. People have been really responsive to this idea--from recollections of their childhood experiences on the merry-go-rounds (as they are called here and in England, I believe), to suggesting books, movies (Mary Poppins where the ponies leave the carousel and enter into a real horse-race--reminiscent of this print I had already done!) to songs and other carousels I really need to see. Seattle's got a beautiful one, and there is apparently a double-decker carousel in Spain's San Sebastian that I will add to my bucket list. If you have any suggestions, memories or stories I'd love to hear them! 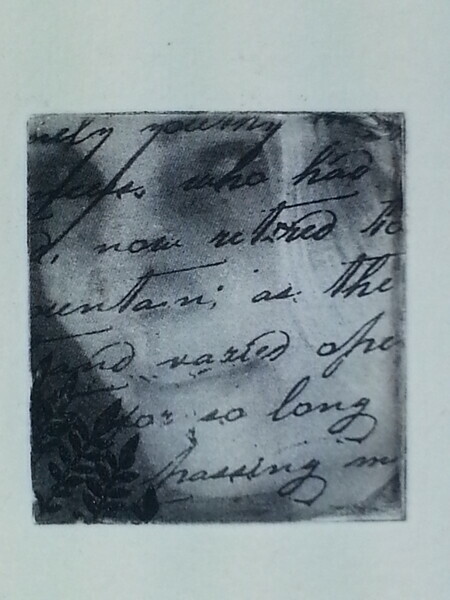 To close, I'll just add this simple tiny solar etching that I was very happy with. I did it in several other colours as well, this version is the most 'traditional" as far as etching goes--in a simple black ink.

Let me know what you think--it's title is "So Long".

That's all for now--I have a bit of sun to pack in before the long trip home. Next post will be from the sunny Okanagan where I hear it's spring already.