I'm a little afraid that my monthly blog will be a bit of a bore after all the travelling excitement! The stimulation and daily changes of our cross-Canada trip are long gone although I am getting into my studio and doing a little painting from the images in my head and on film. There are literally hundreds of photos from this trip alone that I want to work into paintings and prints--the question for me is always "Where to Start?" (and finding studio time!) Sometimes I feel like I am doing less creative work and more documentation, marketing, networking, and showing preparation. The latter, while sometimes fun, is a little "ordinary", as they say in Australia (meaning, less than satisfactory. An example might be "the weather is very ordinary today"--as it is bucketting down outside my window as I type!)

Nonetheless, I have been enjoying reconnecting with my local friends and art community 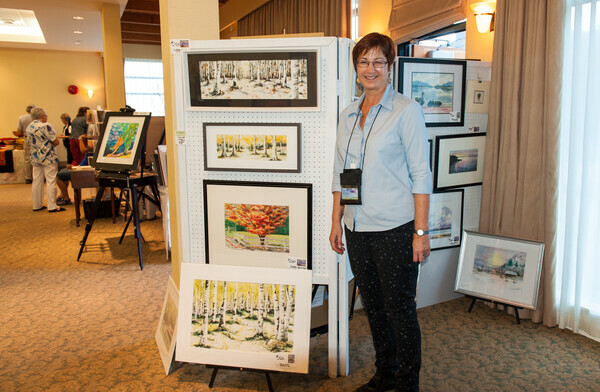 , showing at the Devine Art show in Summerland (picture) 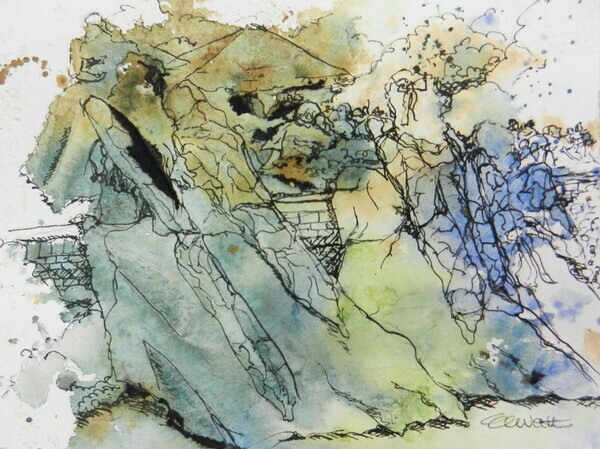 for the next 3 shows:

I have 2 pieces in the Miniature Art Show, will be taking 3 to the Penticton Art Gallery "Under $300" show which runs for November and part of December, and am busy getting ready for the big Penticton Christmas sale November 1 and 2 at the Trade and Convention Centre. It used to be called "Santa Presents" and is reborn under a new organizer (who runs the extremely huge and successful Penticton Farmer's Market) as "MakeIt Okanagan!"

Look on the internet for further details:

I'm really looking forward to seeing how this sale is going to be rejuvenated! And once that sale is over, I will be readying work for Summerland's Season Sparkles (in the Art Gallery Gift Shop) and Light Up Festival, the last Friday of November. Finally this year I can attend as my 7th year at the Coquitlam Christmas Craft Sale is the next weekend, December 5-7! 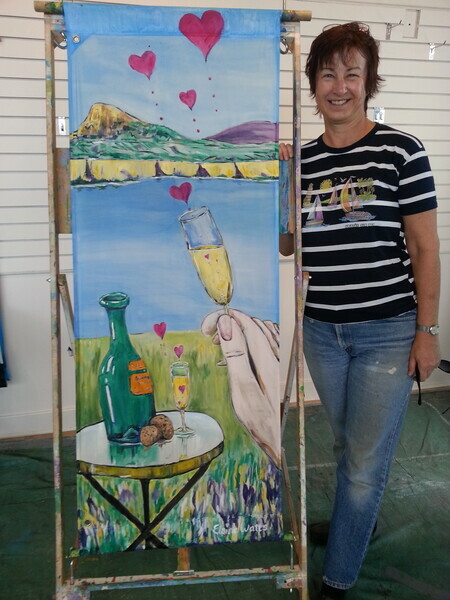 All proceeds to the Summerland Gallery--there are about 100 banners you could bid on, totally great for putting outside as they've been hanging on poles all summer! This is a vibrant little community and the Street Banner program is one of the great public art programs that adds to the ambience.

Nice to come home to find sales from some of my outlets, and have sold a few pieces since then too. This group of giraffes went to a new home, someone who had been on safari in Africa just like me! 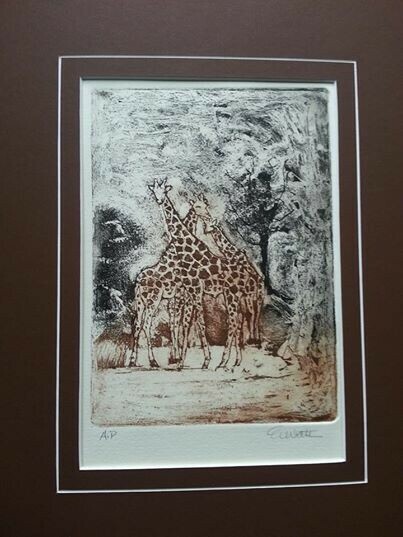 I've also found a new supplier and ordered some new 5" X 7" cards and envelopes, and will be doing some smaller cards in a future order (some people don't like to have to write TOO much on their cards, I'm told!) Here's one of the 5 new artworks--which was also one of the prints I submitted to the Granville Island and travelling show (BIMPE 8) in September. 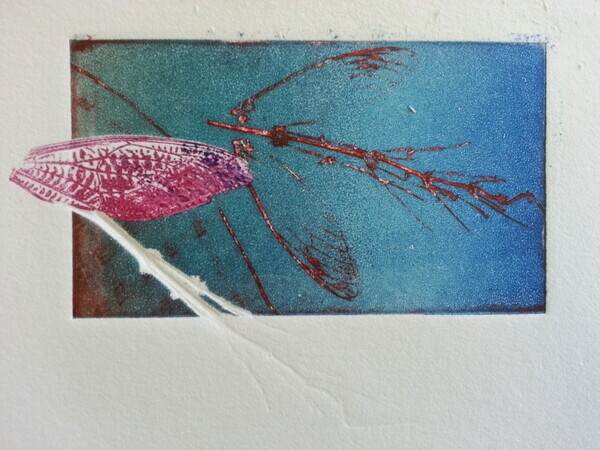 Oh yes, I also have lots of work hanging at Good Omens Coffee House in Summerland until the end of November--a great little place on Kelly Avenue, across from the Middle School. If you're around Summerland do drop in & check it out! 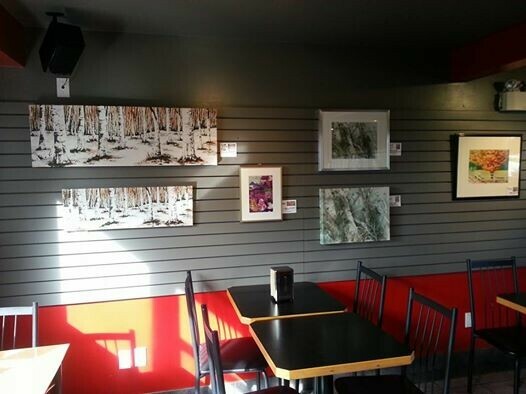 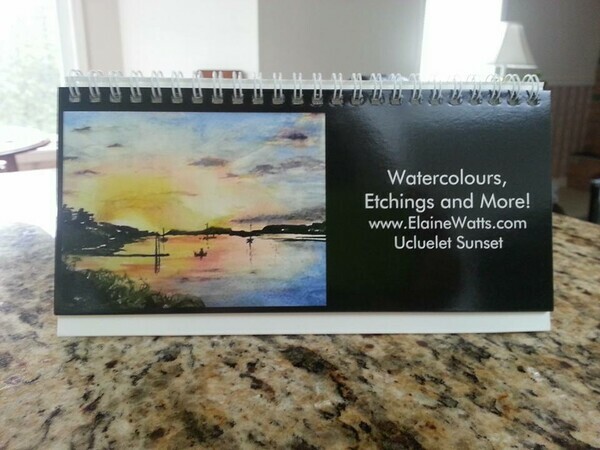 Let me know soon if you want one, once the shows start they go fast!

Well, that was a fair bit of news and art photos for a change--hope you enjoyed this post. Now I can get back to my "painting away in the world" theme, and hold off on the "Practicing the Art of Globetrotting" (at least til January when I fly south to Melbourne!)