As I write the sun is going down on the second-last day of the year. I can feel 2014 slipping into history almost before I can reflect on some of the highlights. The long-anticipated cross-Canada trip surpassed all our great expectations--we wouldn't have changed a thing on our itinerary.

Some of my favourite places and moments: 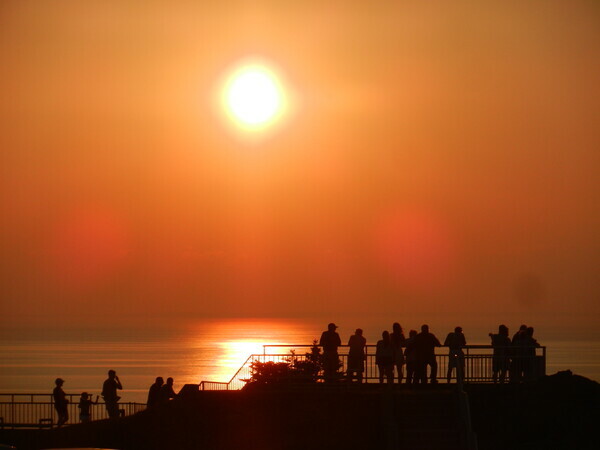 Whale-watching and iceberg viewing at sunset at the lighthouse just north of Twillingate, Newfoundland.

Could have stayed there for hours watching the whales, the people, the sea and the sun going down. And it was even warm! 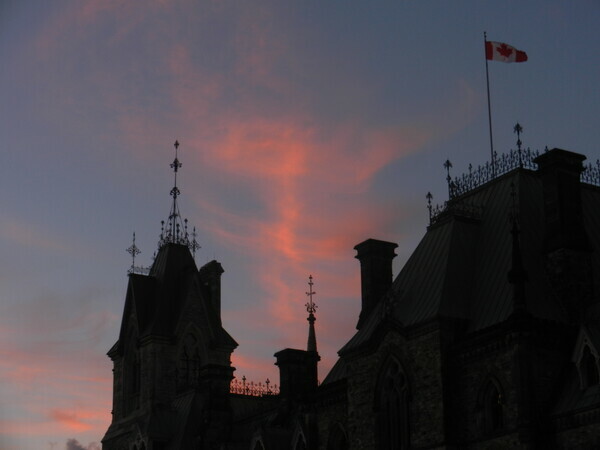 Ottawa on Canada Day--the music, the fireworks, the crowds, the majesty of the Parliament and other buildings, and the Rideau Canal right there.

Coupled with being toured around by an old high school friend and her husband who live there now, and hosted us for a good night's sleep in basement air conditioning it was a spectacular day, and one that is a recommended experience for all Canadians--and visitors!

The Great Lakes, the beauty of the Great Plains, the lovely coastline villages (particularly Peggy's Cove and Lunenberg) of Nova Scotia, the Bay of Fundy, the Saint Lawrence River, Gaspe and Quebec City, the charm of Prince Edward Island and the Acadians and their music throughout the Maritimes--Newfoundland, New Brunswick, Nova Scotia and Cape Breton Island--it was everywhere! Not to mention the lobster dinners! On New Year's Eve we are going to eat the last two lobsters we brought back in our freezer. I guess that's a fitting end to the year--maybe I should call it "The Year of the Lobster"!

As far as art goes, it seemed a year where I didn't actually get down and work hard at my chosen field. However on reflection I always find there are some important things that I have overlooked in that snap assessment. I was so pleased to have a print juried into an international show, I successfully completed a few commissions, sold my first painted figure piece (in previous years I had sold an etching of a figure), had my most successful sales weekend ever (along with my worst sale ever, funnily enough!), and have been diligently practising and improving at my life drawing group. The calendars are almost sold out, and I was pleased with the sales of art that I've had. 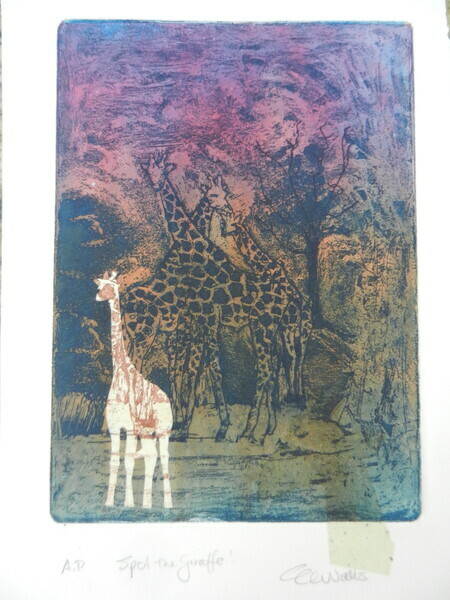 This set of giraffes (also featured in my 2015 calendar) went to Nanaimo. 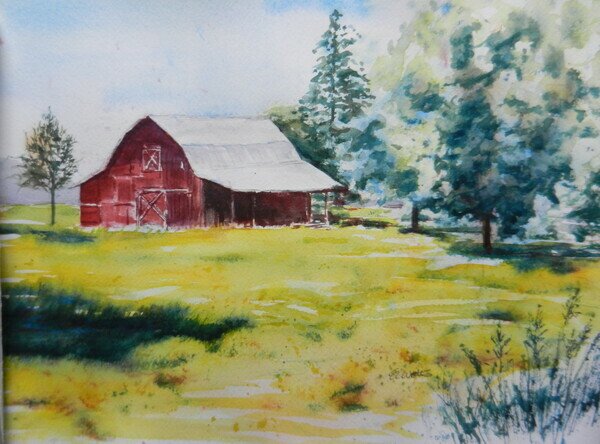 And this smaller watercolour (also in my 2015 calendar) sold to some people who had seen the barn on a walk (as I had, several years ago) and were happy to take it home and get it framed.

For 2015, I have serveral events already on the calendar and some on the drawing board. More to come on that, but I am planning a local Studio Tour for late spring, will be represented in my absence at a local sale in February, will be joining the Summerland Art Walk with my studio open for most of August, plan to enter the Lake Country Art Walk (the biggest Okanagan art show with 200+ artists) in September, having several figurative works in a group show in the Summerland Art Gallery in October, along with the usual Christmas sales. Added to printmaking in Australia and getting a printmakers group going in the Penticton area it's shaping up to be a busy year already!

I have lots of art to create as well, so might as well start with some printmaking--although as usual I have a few more ideas in my head than ever! 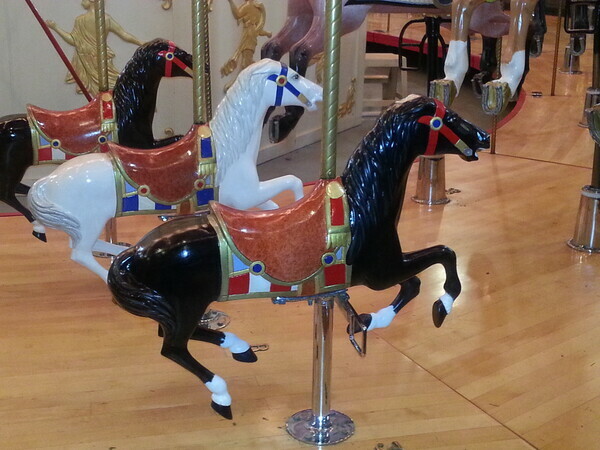 Just after Christmas I was inspired by a visit to Burnaby Village Museum and their lovely restored carousel, so I am starting to sketch what some works based on those horses might look like. It's an interesting concept, the carousel, the charm, the ups and downs, and going around in circles, who's going to win, the child-like joy of life looking at all the beautiful versions of horses there are. A bit of a metaphor for life, it seems to me.

What do you think? I could add some giraffes and elephants and other animals too, although this carousel doesn't have anything exotic--I think it was from the earlier days of "carry us all" development.

The winter darkness is well upon me now so I will stop there. Next time I post I will be in Australia and I will be setting out my theme for 2015--what I think the year will bring, or maybe how I will approach it. Still a little bit of noodling around in my head to do on that one. I have some very prescient cousins who started me down that path several years ago and it's a great idea for me to encompass the many and varied things I get up to in my life. (Not to mention much less work than resolutions!) Maybe you'll come up with something inspiring yourself & let me know! Until the next time, I wish you and yours a very happy New Year and hope some of your dreams come true in 2015. Go on, ride the carousel!